When this show gets to 88 episodes, you're gonna hear some serious shit!  On the July edition of the Simplistic Reviews Podcast, the boys tackle everything from Back To The Future to Judge Dredd.  Justin is in the driver's seat for Word Association and tells his Steve Guttenberg story, DJ is forced to say something nice about Transformers: The Last Knight, Matt talks Castlevania Netflix 5000 on TV Roundup, and the boys take a break for the show to do a live commentary track on a television show in honor the great Adam West in a new segment called Simply Goofing Off.  (Watch Along With Them With The Following Link: SIMPLY GOOFING OFF.) All that and more on a time traveling episode of the Simplistic Reviews Podcast.

Power Of Love By Huey Lewis And The News

Back In Time By Huey Lewis And The News

I Dream Of Jeanie Remix

By The Croft By Joakim Karud 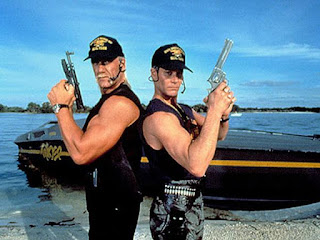 With all of the remakes coming out these days we figured doing Thunder in Paradise would help our chances of getting Hurricane Spencer and Bru back on the waters kicking ass on silver screen, or maybe not. 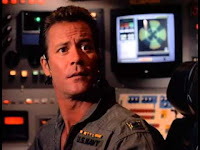 Terry "Hulk" Hogan stars as R. J. "Hurricane" Spencer who is an ex-Navy S. E. A. L. and confirmed bachelor struggling to make ends meet. In order to save his superboat THUNDER (and ultimately, his business) Spencer is forced into a marriage of convenience with the snobby Megan Whitaker. When Megan gets kidnapped it's up to Spencer and his partner Bru to save the day or risk losing everything. 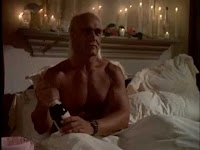 Well today is the perfect day to release this action packed movie commentary. With July 4th days away, this holiday weekend we thought, what could be more American then ex-Navy SEALS saving the day off the Florida coastline?

Answer? NOTHING...Thunder in Paradise it is!

So join us this holiday along with classical trained actor (and def not racist) Hulk Hogan and America's 2nd favorite Lemmon.

Hell even the "President" was excited for this Movie Commentary! Happy 4th everyone! 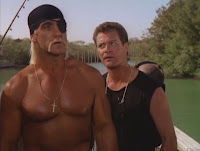